Using a clipper on your mastering chain?

Just wondered if any of you have experience with using a clipper (in the box) before the limiter in your mastering chain to increase perceived loudness.

Trying to compete with some really loud masters and wondering if the reference tracks I’m using are making use of this technique.

I’m finding it tricky to reach the last little bit of punch in the kick an snare that the ref’s have and wondering if this is a legal way to help to get me there ( this is on a stem master).

Hard Clipping produces a lot of high order harmonic and inter-modulation distortion, well at least it does at the wrong settings! This will sound unmusical, harsh, edgy and aggressive.

Yes, it will sound as bad as it looks. You wouldn’t want to take this home to meet the parents!

That is much better, but can we get it even cleaner?

Same setting as above but with 5 MS of Lookahead!

You might say, yes but Paul, larger Lookahead values will soften my transients and I don’t want that! This is certainly the case when limiting but when hard clipping you are only attenuating the spikiest of peaks, so higher lookahead will not soften desired transients, as the source remains completely linear under the threshold.

So to answer your question, a subtle amount of hard clipping before limiting can be desirable if you focus the threshold so you are only processing undesirable spiky transients and let your limiter with its gentler settings raise overall level.

Ahhhhh, i gotcha, cool! Thanks so much Paul

Wow, quite a diff with lookahead and oversampling!

Super helpful with the visualizer pics

So, just so I’m following, if you were to clip with Pro L as you did in this example, the signal coming out of the Pro L is clipping it’s meter by 1 db?

Are there any other recommended plugins for clipping or does Pro L do the job?

So, just so I’m following, if you were to clip with Pro L as you did in this example, the signal coming out of the Pro L is clipping it’s meter by 1 db?

Are there any other recommended plugins for clipping or does Pro L do the job?

I passed a -1 dB 1 KHz sine wave through Pro-L with a -2 dB threshold, so it clipped 1 dB off the top of the sine wave. You can clip by more than 1 dB of course that was just for demonstration. I would recommend turning the output of the limiter down by 1 or 2 dB before hitting the limiter to avoid any true peaks.

I prefer Pro-L for clipping, although I don’t use clipping that often.

Sweet thanks so much!

Yeah, it all feels kind of counter intuitive to clip!!

Going try it out an see.

Would you use this technique for this sort of application - increasing perceived loudness?

Seems like it could be useful tool given the right circumstances

Yes, for sure, if the source was rather transient, I would use a couple of de-esssers and perhaps clip before hitting the limiters. Never rule it out, it might work perfectly on a particular track.

it’s funny…there have been students at the school who are looking for that uber loudness in mastering that suspect that putting a clipper in front of the limiter can create extra smooth headroom…i have been experimenting with it over the last 6 months using invisible limiter and pro l…and…i want to like it, but i don’t…i put it on and live with it…only to later remove it…and be glad i did…

back in the 90’s we used to clip the inputs on fancy converters, it was very popular then, for extra level…and i did not even like it back then…then they gave us these funny limiter barrels that went in-line…also weird…

not really aware of anything in the slate world or otherwise that does this well at the moment.

Yeah, I was reading about clipping convertors and that got me wondering if that was what was happening in these reference tracks as they were just getting so much power in there kicks an snares that I’ve been trying to match. The reference track comes in at a short-term LUFS of around -8 which I can match, but it still has more perceived loudness, especially in the Kicks and Snares.

Experimented with some soft clipping last night, don’t have UAD so experimented with the KCLIP plugin. Will listen again today, but it appeared last-night that if oversampling was engaged and I was delicate with things that this was kinda doing the trick, taking a touch of the tops of these spiky kicks an snare transients which appeared to have an effect of lessening the load on the following Limiter allowing it to create a little more power.

Not sure if I’m clipping properly with the Pro L in my chain as I’m not sure how to boost the source to clipping point without engaging the limiter (how do u set a -2db threshold in proL?) - would an all the way slow attack time do it, then just push the gain/threshold up till i see the clip?

Not sure if I’m clipping properly with the Pro L in my chain as I’m not sure how to boost the source to clipping point without engaging the limiter (how do u set a -2db threshold in proL?) - would an all the way slow attack time do it, then just push the gain/threshold up till i see the clip?

Yes, a slow attack is how you do it. Pro-L has two stages, a fast clipping algorithm, followed by a typical limiter algorithm. If attack is at maximum the limiter stage is effectively bypassed.

Got it, thanks again Paul

Here’s a curve ball but have you played with the ozone vintage limiter? It sort of does that thing we are talking about…I used it for a while but it’s kind of dirty…we could revisit it…

Sounded terrible to my ears!

Yeah, on second listen K-Clip def wasn’t up to the job, was… sort of doing what I needed… but not in the nicest way… ProL handled it much better tho! Tried clipping out with 5 tunes, worked for one

Will try experimenting more with it.

Haven’t tried playing with this yet, curious for sure

I’ve seen it done. (By an instructor on a mastering course I did).

Here’s some info about clippers. 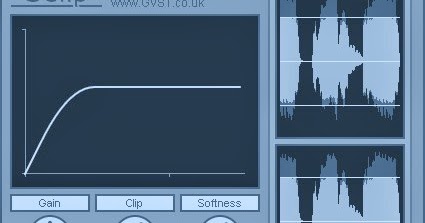 HOW TO USE A CLIPPER (with Free Vst Plugins)

It’s something that’s worth a try, but should be applied subtly. If you clip a tiny bit, it can sometimes sound ok.

n.b. Clippers are a thing. If you see a plugin advertised as a clipper, it’s not (not primarily) designed (in terms of its purpose) as a saturation unit. It’s designed as an ultra-aggressive limiter.

Can be done in the mastering chain. You could also consider using it on a group such as the drum buss or a stem, etc.

A Ozone Vintage Limiter Tutorial would be awesome!